Call for consultation on Cambuslang parking to be extended 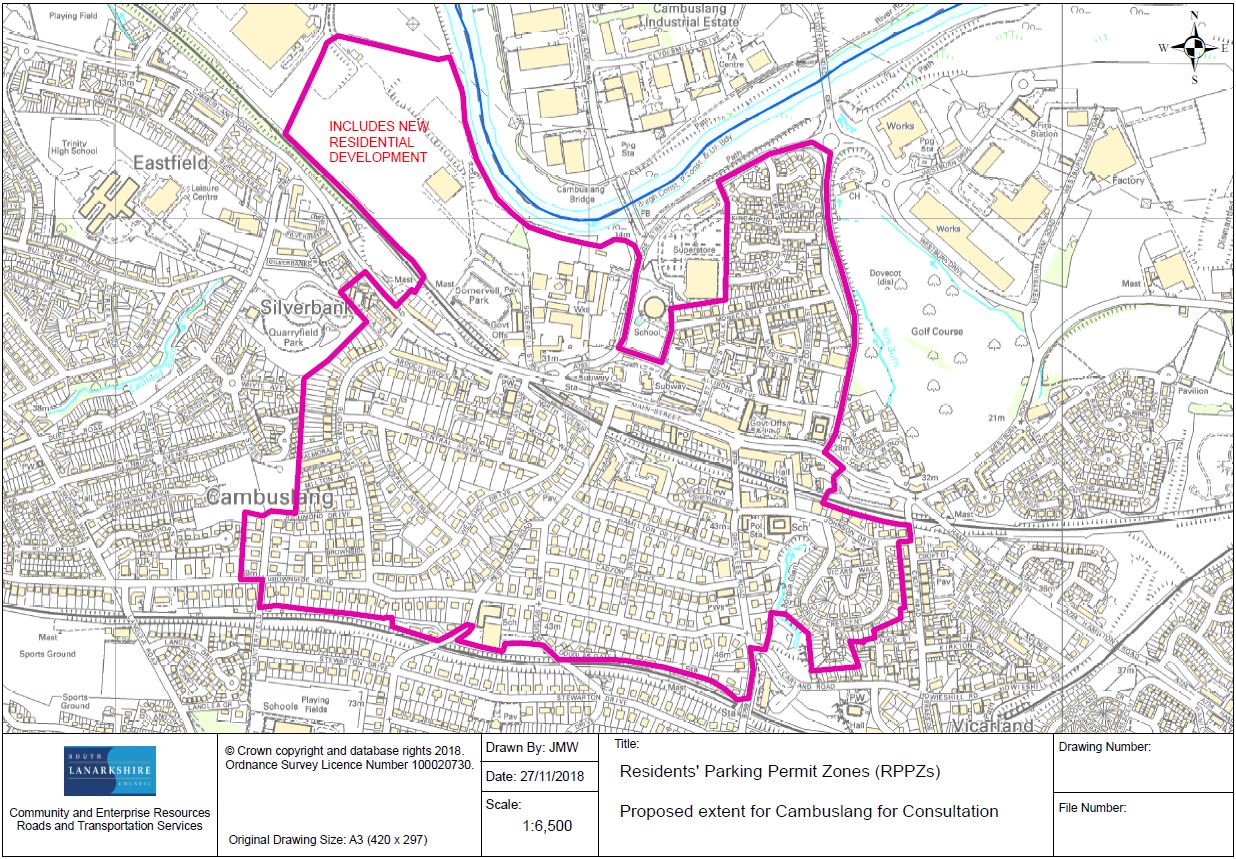 Cambuslang Community Council have written to South Lanarkshire Council (SLC) calling for the consultation on a Resident Parking Permit Zone (RPPZ) to be extended to the end of February 2019. The community council consider that it is premature to be consulting on an RPPZ without a strategy to deal with the parking problems in Cambuslang.

There are clearly increasing problems of commuter parking in streets and car parks to the north and south of the Main Street, and local residents are concerned about their drives being blocked, parking on pavements and the access for refuse vehicles and other service being blocked.

However, introducing an RPPZ without providing alternative capacity will either displace commuter parking (potentially to the disadvantage of other residents outside the zone), crowd out further the space for shoppers to park in the centre of the town, or encourage commuters to drive rather than taking the train.  Local churches are very unhappy about the prospect of parishioners and visitors not being able to park in local streets during services. Local businesses are concerned at shoppers not being able to park close to the Main Street given that car parks are invariably full during the working week.

Cambuslang Community Council are also concerned that the SLC consultation makes no attempt to present the different options for a controlled parking zone, their strengths and weaknesses, and how and where they might apply to Cambuslang. The impression given to the community from the consultation is that a residents’ permit scheme may be introduced across the whole of the town centre and that visitors, shoppers etc will not be able to park on local streets.

This has understandably given rise to major concern among local residents, businesses and other organisations, with anger and distress being voiced on social media and in representations to CCC.  This is wholly counterproductive on an issue which requires informed discussion, an appreciation of options and experience elsewhere, and an understanding of the trade-offs involved.

The community council have proposed organising a public meeting at an early opportunity for SLC to provide local residents and business-people with adequate information on the context for the RPPZ proposal, the options for the design and operation of an RPPZ, and the process for deciding on a particular variant.

In order to provide sufficient time for a meeting to be organised and subsequent reflection and response, the community council have propose that the timetable of the consultation should be extended to the end of February 2019.