Cambuslang Town Centre will be changing! Consultation on new strategy to be launched 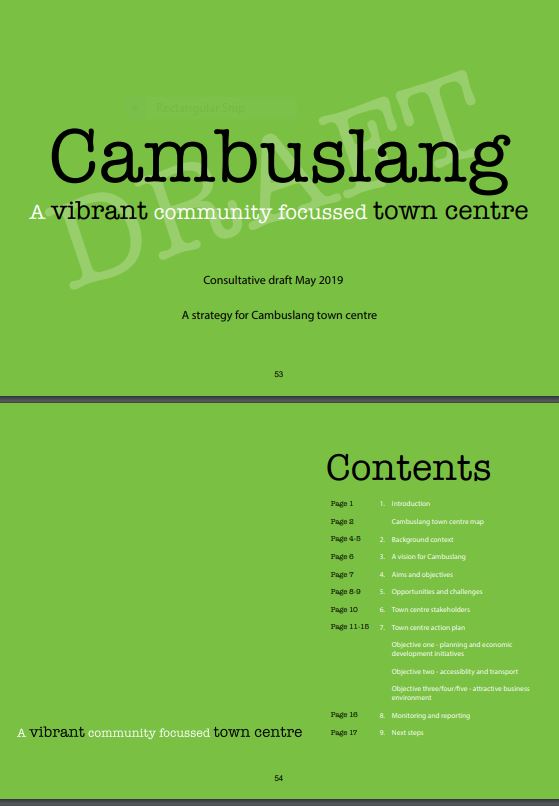 South Lanarkshire Council commissioned their own ‘town audit’ of Cambuslang from Scotland’s Towns Partnership and consultants EKOS which provided further data and evidence on the need for regeneration.

The draft Town Centre Strategy is the starting point of a process of regeneration that will take several years to complete. In the first instance, the consultation period is intended to give the wider community and businesses in the town centre the opportunity to comment on the draft action plan and identify their priorities.  Further details on the process of consultation will be provided shortly.