Cambuslang West hustings: passionate debate on the future of the town 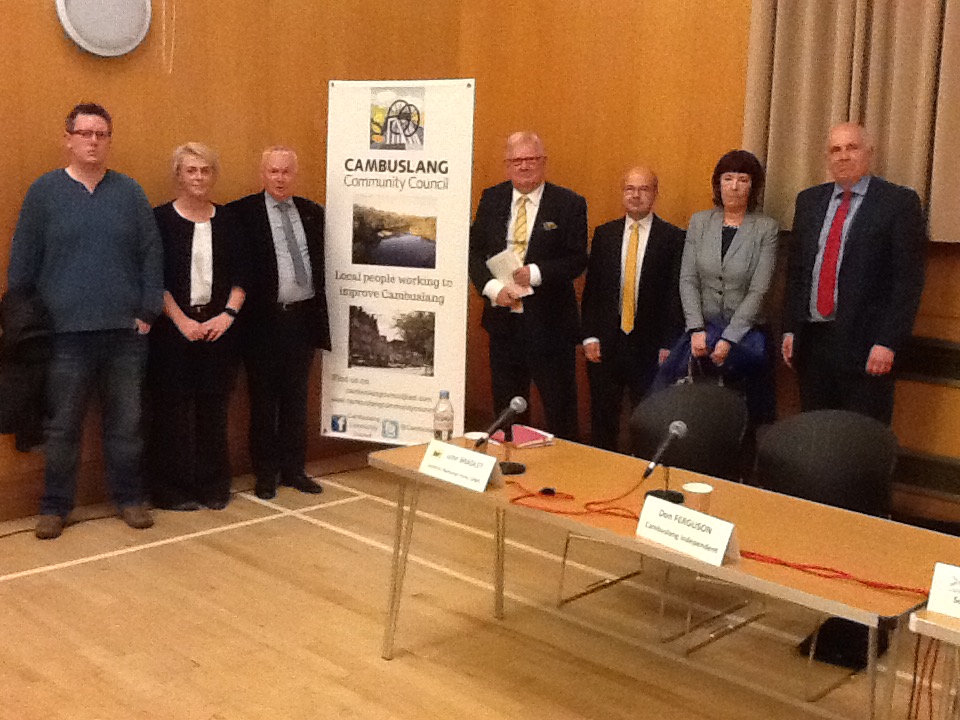 After making an opening statement, the candidates took questions from the audience. The state of the Main Street was top of the list of concerns. Business owners were critical of South Lanarkshire Council’s record. One local shopkeeper said that “the Council put obstacle after obstacle in our way when we try to make improvements”. Immediate action on improvements to parking was said to be a priority. 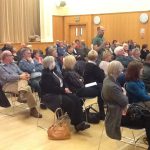 All of the candidates agreed that the town centre needs investment. Norman Rae said: “the Main Street is reaching a critical state. Action on parking and a town centre development plan is needed now.” David McClemont felt that a town manager should be appointed “someone creative and dynamic who could coordinate and drive forward development”.

However, Ann Le Blond disagreed. She felt that the Cambuslang West councillors should themselves take responsibility for promoting regeneration, and she advocated instead action to provide help for business such as rates discounts and other efforts to attract inward investment. John Bradley also favoured stronger efforts to attract new businesses. He said that “inward investment is urgently needed, also serious consideration for more investment from SLC and other funding bodies to enable progress towards regeneration of the Main Street.”

Margaret Walker agreed that Cambuslang town centre action needed investment but that any proposals had to affordable in the current tight financial environment for the public sector. She also felt that urgent action is necessary to tackle the very high levels of air pollution: “it is unacceptable that Cambuslang Main Street is one of the five most polluted streets in Scotland.” 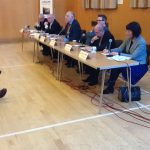 John Bradley argued for more community involvement in the regeneration of the town centre. “Local participation is the cornerstone to success in improving the environment and business opportunities within the local area. The recent survey by Cambuslang Community Council has produced recommendations which address the major complaints from the public and businesses about the Main Street. I fully endorse and support those aims.”

Don Ferguson also highlighted the wider issue of regeneration of Cambuslang: “planned economic regeneration is our way ahead to better our community which would certainly address the issues of our Main Street.” He said he had visited South Lanarkshire Council that morning and had been appalled to find that a SLC brochure promoting growth and prosperity in South Lanarkshire made absolutely no mention of Cambuslang.

The increased number of housing developments in the area was a big concern for the audience. Several people complained that the local community was not sufficiently involved in decisions and that the opposition of local people to developments like Gilbertfield was not being heeded. David McClemont felt that there should be a freeze on new housing developments to allow a proper review of the capacity of local infrastructure and public services to cope. Margaret Walker was critical of the proposed closure of Cambuslang Police Station which she said was “completely wrong” and “represents a further move away from community policing”. Norman Rae said that there were serious problems of traffic congestion and speeding: “Too many of our streets are blighted by the speed and volume of traffic, making them unsafe for people; comprehensive action is needed to tackle these danger spots.”

Greater accountability by South Lanarkshire Council was felt to be needed. Several audience members complained that decisions on issues such as the use of greenspace or the installation of cycle lanes were being taken without sufficient consultation. One person said that “sometimes even the SLC councillors don’t know what officials are doing”. Ann Le Blond said that councillors needed to work together across party lines to lead improvements to Cambuslang and hold the decisions of officials to account.  All of the candidates pledged to improve the openness and transparency of South Lanarkshire Council decision-making as it affects Cambuslang.

“Cambuslang Community Council are grateful to all the candidates for participating in the hustings and to the large number of local people who came along to listen and debate the issues. All six candidates spoke passionately and sincerely about the problems facing Cambuslang. They had creative ideas for dealing with issues such as the regeneration of the town centre and, while they differed in their political views, each emphasised their commitment to the community.

When asked specifically if they would prioritise the interests of their Cambuslang constituents over their party line on an issue that local people felt strongly about, each candidate said that they would put the local community first. The challenge, of course, is delivering on the promises at a time when local government budgets are tight and due to get tighter. As a Community Council we look forward to working with whoever is elected to improve Cambuslang.”