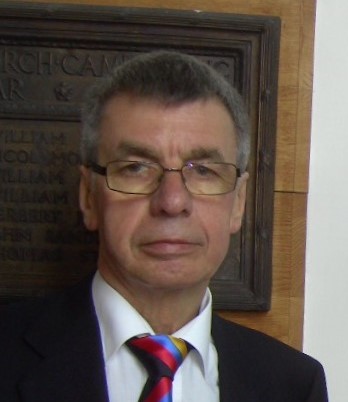 David was born in 1939 in Priesthill and grew up in Castlemilk with his 11 siblings. He was a former pupil of St Margaret Mary’s, leaving school at the age of 16 to join the Navy in 1965. David served as aircraft handler on two aircraft carriers in his seven years of service. Having met his wife Kay, getting married in 1970 and setting up home in Westburn, David left the Navy in 1972. Most of his working life was then first with Glasgow Corporation Buses, Cydebridge Steelworks and then Motorola in East Kilbride, where he worked in the plant and in security. When the Motorola plant closed in 2009, David worked as a taxi driver for several years before retiring.

“David was a valued, well-respected colleague and dear friend and we are shocked and saddened at his sudden passing. “He will be greatly missed and we send our sincere condolences to his family and friends. David played a major part in the work of the community council, having been a member for over a decade, and was a former vice-chair and chair. Under his chairmanship the community council made significant progress in its campaign to regenerate Cambuslang Main Street but David’s main contribution and legacy was to ensure commemoration of local members of the armed forces.”

“Having served in the Royal Navy, David was very active in many initiatives associated with supporting former members of the armed forces and remembering the fallen. He was a founding member and chair of the Royal British Legion Scotland Cambuslang branch, a founding member and the first chair of the Cambuslang Remembrance Garden Group, which opened in August 2018, and a member of the Royal Naval Association Glasgow branch.”

David died at home in Eastfield on July 31, leaving behind Kay, son Scott, daughter-in-law Lisa and granddaughters Abbi and Lily.

This obituary draws on a tribute in the Reformer on 11 August 2020, published here.