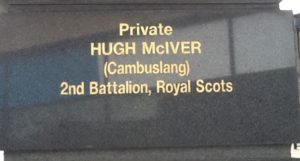 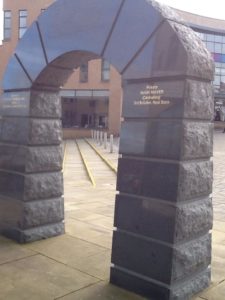 Hugh McIver was born on 21 June 1890 in Linwood, Renfreshrewshire, the son of Hugh and Mary (née Flynn) McIver. At an early age, he moved with his family to Cambuslang, living at 34 Dunlop Street, Newton, Lanarkshire. He was educated at St Charle’s Roman Catholic School and was also a member of St. Charles Chapel , Newton, and in the local League of the Cross.

Further details on the Vraucourt Copse Cemetery and images of Private McIver’s headstone are here.