CANCELLATION OF HUSTINGS ON 5TH DECEMBER 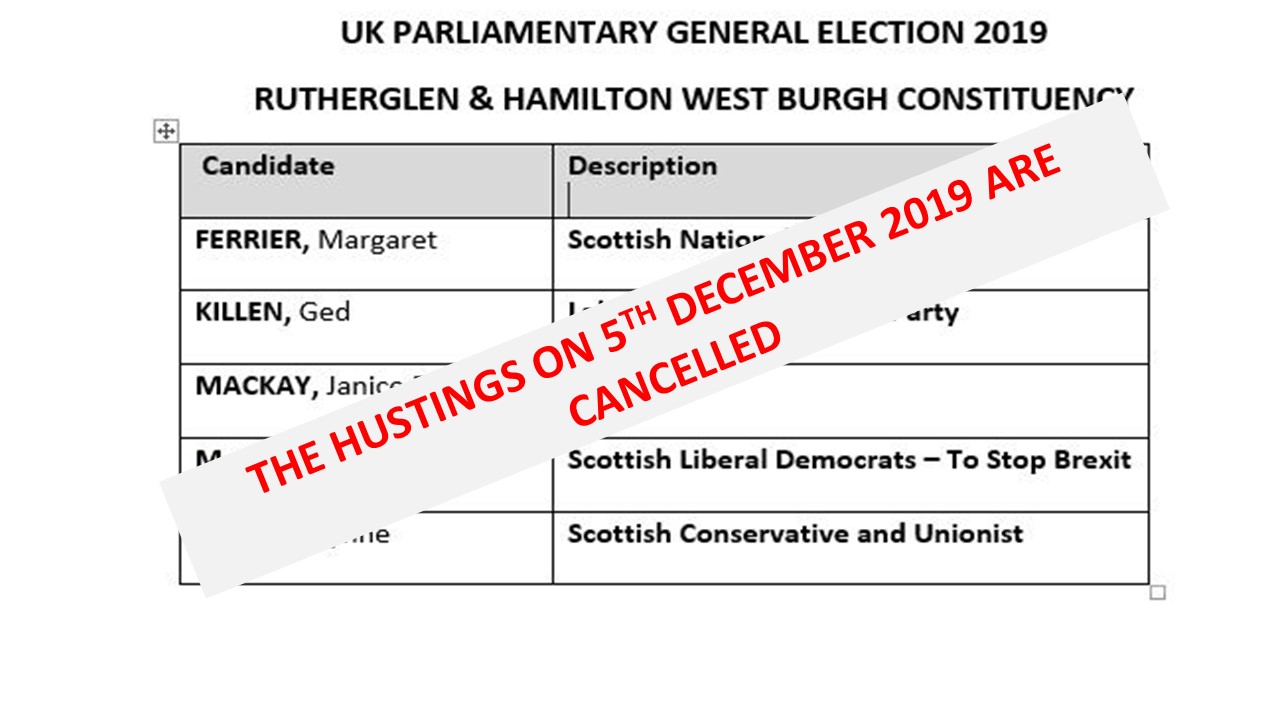 We regret to announce that the hustings planned for 5th December 2019 are cancelled. We are working with CamGlen Radio to organise a studio debate instead.

Over the past 10 days, it has become clear that the planned hustings would be oversubscribed with a demand that could exceed considerably the capacity of the Cambuslang Institute. It is likely that we would have long queues outside the Institute. Also, some of the experiences of the candidates and campaign teams reported to us, including quite appalling abuse, have caused us concern about the orderly management of the event.

As organisers, Cambuslang Community Council would have responsibility for the security and safety of the hustings.  In the current climate, this would mean carrying out an expert risk assessment, as well having arrangements for crowd management before and during the event. Not taking these steps, in circumstances where we know that there are risks, would potentially breach the conditions of our public liability insurance.

Unfortunately, the local police team have confirmed that they are not able to have a presence at the hustings, and the cost of bringing in event management staff has proved to be prohibitive.

In these circumstances, we have no option but to cancel the hustings.

We apologise to those who will be disappointed at not being able to attend the hustings, and we are grateful to the candidates who were willing to participate.

As an alternative, we are working with CamGlen Radio to explore the organisation of a radio debate among the candidates. If this is possible, we hope that there will be an opportunity for anyone to submit questions to the candidates beforehand.